“Afflicted by an Itch . . . for My Good!” is more of a short story than the type of blog post I usually write. It is now available on the “Books and More” page of this website. It was first on this website in the form of four blog posts in the early summer of 2020.

Below is an exposition of 2 Corinthians 4:17-18, the central truth in this little story. I added this explanation when I compiled the blog posts into one document. I have learned much more about affliction since the summer of 2020 when this story was written. Through it all, God has always, always, always brought good out of it! I pray you have the same view of your own trials.

Such an attitude, I have learned, takes much of the sting out of the “troubles, trials, distress, and frustration” Jesus said we would have in this present world but about which He says we can rejoice because He has “overcome the world and deprived it of power to harm” us. (John 16:33, AMPC).

Comfort in affliction . . .  treasure in jars of clay. The first four chapters of Paul’s second letter to the believers at Corinth show why and how Paul triumphed over afflictions.

2 Corinthians opens with Paul praising God for giving him comfort in his afflictions so that he (Paul) could share that comfort. Paul says it is “our” lot to experience suffering, just as Jesus and His disciples did, but that his (Paul’s) troubles turn out for the Corinthians’ good when the Corinthians “patiently endure the same evils (misfortunes and calamites) that” Paul suffered. (2 Corinthians 1:6, AMPC)

Pressures make us depend on God. Paul wants the believers at Corinth to know that the pressures he endured made him “despair even of life” but that the pressures happened so that he would depend not on himself, but on “God Who raises the dead.” Paul says he joyfully and confidently expects that God will again deliver him, while the Corinthians help him by their prayers.

Paul reminds them of his holiness and sincerity toward them, then he speaks of his love for them, instructs them in the right attitude toward believers who have sinned, and explains that the new covenant, of which he is a minister, gives life and transforms us into the likeness of Christ.

The transforming power of the truth about ourselves. Notice that Paul says we are transformed: “[because we] continued to behold [in the Word of God] as in a mirror the glory of the Lord.” (3:18, AMPC.)  It is steadily gazing into the instructive, revelatory mirror of the Word and changing our actions accordingly—as we would wipe away smudges and adjust unruly hair when looking into an actual mirror–that makes us more like Jesus. (James 1:22-25)

No discouragement! Then comes a “therefore” in the first verse of Chapter Four. Paul says that because the Corinthians were all are being made more Christ-like, he engages in his ministry by God’s mercy, without discouragement. He does not become “spiritless and despondent with fear, or become faint with weariness and exhaustion” (4:1b, AMPC) The opportunity to minister to the Corinthians keeps Paul encouraged!

This “therefore” in verse one begins a short discourse the NIV labels “Treasure in Jars of Clay.” In this discourse, Paul explains that even though the gospel is veiled to “those who are perishing” (because Satan has blinded their minds so that they cannot see the “illuminating light of the Gospel of the glory of Christ,”), Paul preaches “Jesus Christ as Lord” and he, Paul, their servant for Jesus’ sake. Paul says that that preaching lets the light of God (which God had put into his heart) shine forth and illuminates the truth about God as that truth is revealed in Jesus.

The precious treasure of the lifegiving Light of the Gospel. In verse seven, Paul returns to the theme of our inevitable suffering as humans when he says “However, “we possess this precious treasure [the divine Light of the Gospel] in [frail, human] vessels of earth”. And why? So “that the grandeur and exceeding greatness of the power may be shown to be of God and not from ourselves”.

Paul next affirms that the pressure and persecutions he endures are revealing the life of Jesus in him. When he is being handed over to all these hardships, to “death” in other words, it is so that the “life of Jesus also may be evidenced through his (Paul’s) flesh which is liable to death.

Paul says all these things are happening for the sake of the Corinthians and also so that more grace may be extended to more people and thus more thanksgiving will increase and will contribute to the glory of God.

Why Paul never gave up. Then, Paul says “Therefore”—because of all I just told you—

“. . . That is why we never give up. Though our bodies are dying, our spirits are being renewed every day. 17 For our present troubles are small and won’t last very long. Yet they produce for us a glory that vastly outweighs them and will last forever! 18 So we don’t look at the troubles we can see now; rather, we fix our gaze on things that cannot be seen. For the things we see now will soon be gone, but the things we cannot see will last forever. (2 Corinthians 4:16-18, NLT)

What do I learn from this? I see that if we take the attitude that we are all ministers of the gospel—that we are all called to shine the light of God into our part of this dark world—we can take Paul’s life-giving attitude toward troubles. We can remain encouraged, even in troubles, because we have the chance to work for God.

Paul’s attitude toward troubles was that as we shine in the darkness of our troubles with, by, and through the light and grace of God in us, then the light (the truth) of the Gospel will shine into the darkness.

As we let God shine through our life, we spread the gospel, we help others and we also store up treasures in heaven, which Jesus tells us to do in Matthew 6:19-24.  Oh, that we would all press on until the impenetrable, divinely-ordained armor of this attitude is fully formed within us, surrounding and guarding our hearts even as “the mountains surround Jerusalem” (Psalm 125:2, NIV)! 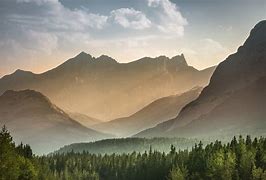 “As the mountains surround Jerusalem, so the LORD surrounds His people both now and forevermore. “(Psalm 125:2, NIV)

Blessings and grace to you!