In this last part of the series “God Promises His Presence IF. . . “, we see why we must never give up.

PART EIGHT:  DO NOT GIVE UP! 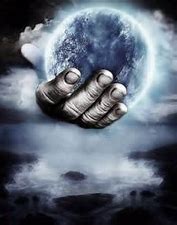 Rely on God, and do not turn to the world. God answers us when we rely on Him. (2 Chronicles 14:11).  In 2 Chronicles 14, King Asa “did what was right and good in the eyes of the Lord” (2 Chronicles 14:2). He began removing idol worship and commanded his people to seek God. “God gave him rest” during those years (v. 6). After Asa had built up his kingdom, the Cushites, the fiercest army on earth at the time, attacked. But Asa prayed, 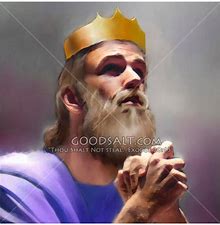 “LORD, there is no one like you to help the powerless against the mighty. Help us, O LORD our God, for we rely on You, and in your name we have come against this vast army. O LORD, you are our God; do not let man prevail against you.” (v. 11, NIV).

Asa won a mighty victory over the Cushite army that day. Why? Because he relied on God.

“God is with you when you are with Him. If you seek Him, he will be found by you, but if you forsake him, he will forsake you.”  (2 Chronicles 15:2b, NIV). In 2 Chronicles 15, as King Asa and his army were returning to Jerusalem after the mighty victory described in Chapter 14, the prophet Azariah went out to meet him. Azariah told Asa and all his kingdom that:

“The LORD is with you while you are with Him. If you seek Him, he will be found by you, but if you forsake Him, He will forsake you.”

The prophet reminded Asa that, in previous times, the whole world was in turmoil because they had rejected God. He said that if Asa would be strong and not give up, his work would be rewarded (v. 7).  Asa was encouraged and continued his work of removing idol worship that he had begun before the Cushites attacked. And Asa had peace for many years.

Although our world is in turmoil, if we, like Asa, remember the battles God has already won for us as we relied on him, if we remember that God is with us when we are with Him, we can draw on His strength to finish the work God has for us.

Sadly, this same King Asa, who was so encouraged in Chapter 15 by hearing that “The Lord is with you while you are with Him”, this same king who carried out a major reform of his entire kingdom, this same king who was clearly warned not to forsake God or God would forsake him– this same King did indeed forsake God. In Chapter 16, after many, many years of peace, when King Asa’s city was besieged, Asa bought help, with treasures from the Lord’s temple no less, from another king.

But because Asa relied on another king for help rather than God, this time he did not have victory. Then a different prophet, Hanani, reminded King Asa that, in the previous battle years ago, God had delivered the mighty Cushite army into Asa’s hand because Asa had relied on the Lord. Hanani said that though the Cushite army was mighty, “Yet when you relied on the LORD, he delivered them into your hand.” (V. 8). Why? Hanani tells King Asa:

“For the eyes of the LORD range throughout the earth to strengthen the hearts of those whose hearts are fully committed to Him.” 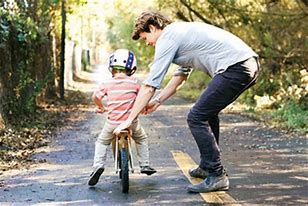 That reassures us that any time we begin to lose heart and become discouraged, we can count on God to steady us and give us what we need to move forward. I like to think of that as the way a parent walks right beside a child who is just learning to ride without training wheels.  The parent hovers as the child pedals along, and holds his hands on either side, ready to instantly catch and set the child upright should there be a wild wobble.

Then Hanani continued speaking to King Asa. “You have done a foolish thing, and from now on you will be at war.”

God is clearly teaching us that we win our battles when we rely on the Lord because it is the Lord Who does the fighting, not us. He gives us His strength when we need it because He is always looking out over the entire world, every moment, for His children who need His strength. He wants us to know that because it encourages us.

God sees every single person on earth whose heart is fully committed to Him. God watches us every moment, He knows when we are struggling, for whatever reason, and He will deliver us.

When I too, like Asa, get discouraged and fearful because l am besieged by real problems, unable to have what I need, including my usual supply of God’s presence and peace just as King Asa could not get supplies for his kingdom when he was under siege, I can seek help from God, who never, never, never fails me. And I can wait, with confidence, knowing that He will again give me the peace that comes from awareness of His presence. If I spend my efforts trying worldly methods to find peace, as Asa spent his wealth trying to buy help from worldly kings, I will fail and be at war. If I seek relief through entertainment, food, other people, drugs, or whatever, peace will elude me. But, if I put my trust in God, if I trust Him and obey. . . 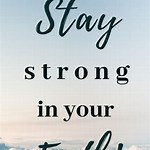 All of us are being challenged lately, in many ways, to stand strong in faith. This is an excellent time to strengthen our ability to walk closely with God and to be aware of His presence. If awareness of His presence is new to you, be patient. Give your relationship time to grow and while it is growing, be assured that God is pleased with your reaching out to Him. So . . .

And I say, again, because it is important: Although we are to stand in awe of God, God also wants us to be affectionate with Him. We are His dearly beloved and cherished children. If a human father treasures the affection of his children, how much more deeply must our love touch our Heavenly Father?

Waiting with expectation is the key to peace and victorious living.  Remember that in Psalm 27 David talks about the importance of seeking God. The last verse, verse 14 encourages us: “Wait and hope for and expect the Lord; be brave and of good courage and let your heart be stout and enduring. Yes, wait for and hope for and expect the Lord!” We can have confidence that God will deliver us and if we wait for Him with expectancy, we will maintain our peace and walk in His ways as we wait. That will make our lives a light to others!

Your deliverer is coming!  I wish I had remembered to listen to the song “My Deliverer is Coming!” by Rich Mullins during the first part of writing this little book. While I was studying the topic and struggling to perceive God’s presence, the spirit of hope in this song would have helped.

I urge you to look up and read the lyrics over thoughtfully, then listen to the song. You can find the lyrics  and several videos on God Tube as well as You Tube by using your web browser.  The anointing on some songs truly goes beyond words. This is one of those heavily anointed songs. It will give you the shivers. It will give you courage. And, it will make you take a deep breath, squint your eyes, clench your fists, raise your hands toward heaven  and say “Yes, Lord! Whatever it takes!”

Friend and fellow pilgrim, whatever you face in your life, God WILL answer and you will feel His peace. Wait, I say again, “Wait for, hope for and expect the Lord!” (Psalm 27:14, NIV) Our Deliverer is coming! Hallelujah! All glory and honor and praise be unto our King of Kings and Lord of Lords!

Think of it! One day soon we will be part of that great multitude described in Revelations 7. We will fall facedown before the throne and worship God, saying:

“Amen! Praise and glory and wisdom and thanks and honor and power and strength be to our God for ever and ever. Amen!” (Revelations 7:12, NIV)

2 thoughts on “God Promises His Presence IF . . . Part Eight”